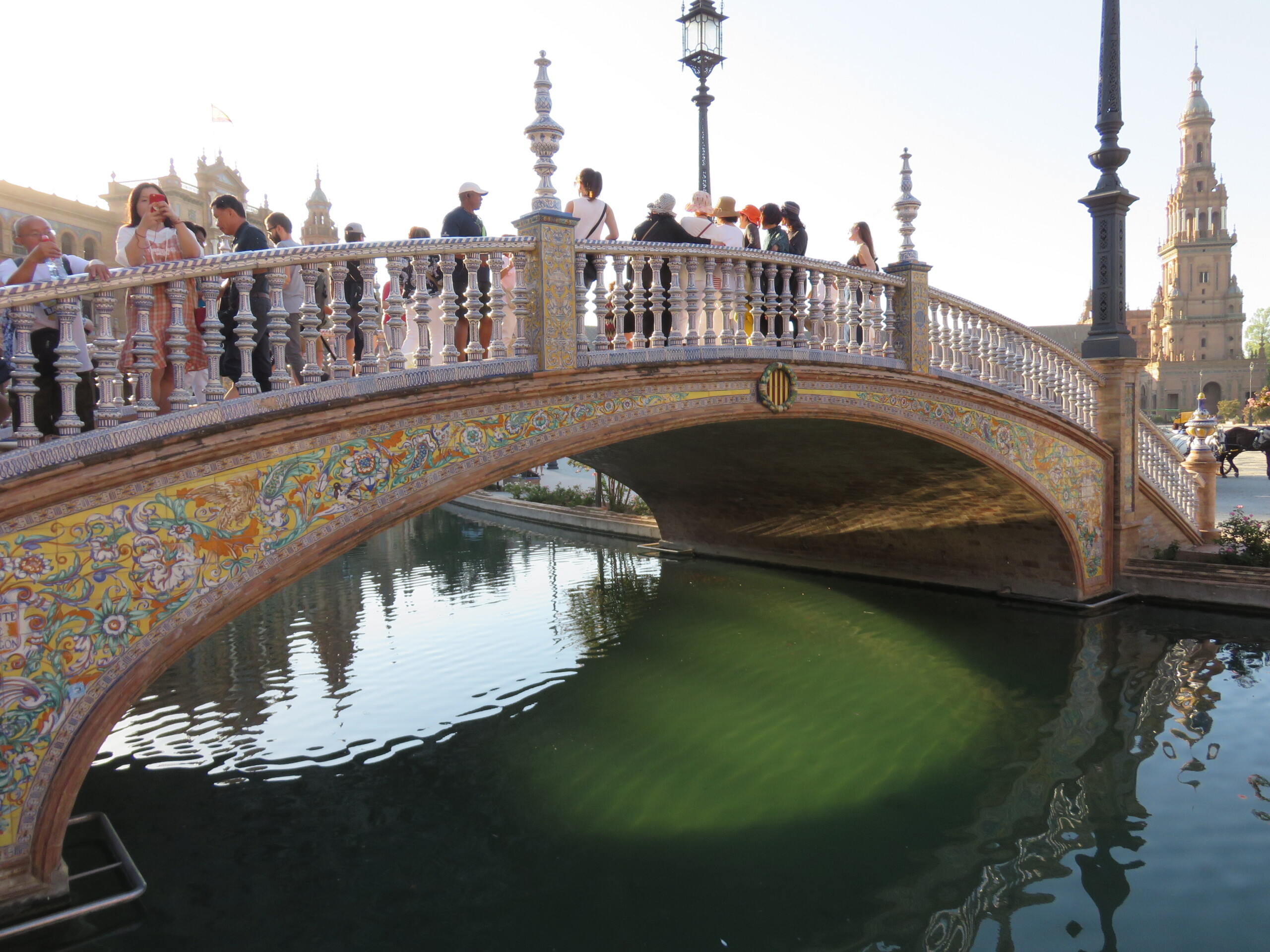 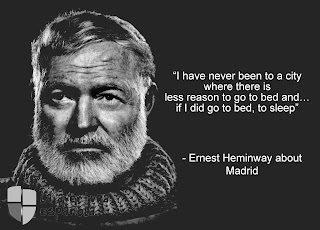 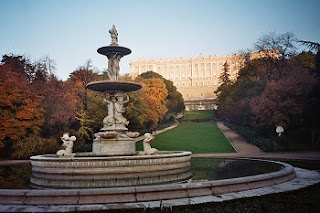 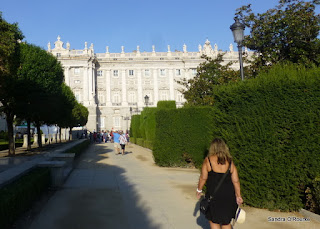 The Royal Palace of Madrid (Spanish: Palacio Real de Madrid) is the Spanish Royal Family’s official residence in Madrid. Still, it is only used for state ceremonies.
The current palace was built on the location of an old Moorish fortress from the 9th century. The Moorish were the Arab people who occupied Spain during the Middle Ages. 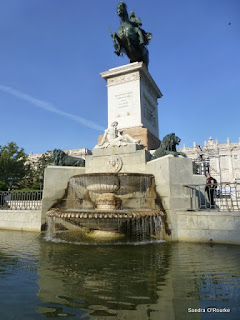 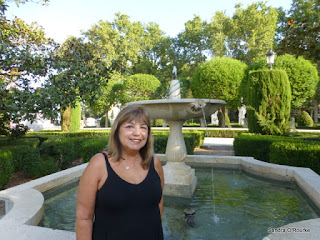 Enjoying the gardens and the fountains in front of the Royal Palace- many of the streets are blocked off today; Madrid is preparing for a marathon foot race tomorrow. We could not get much closer to the Royal Palace than the gardens. 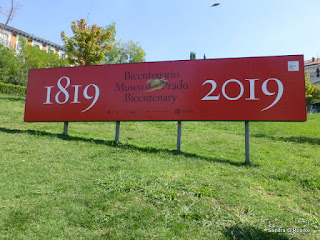 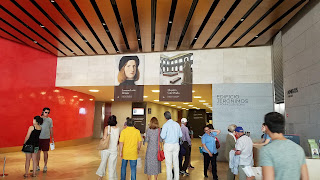 The Prado Museum Lobby
Current Collections – No photos are allowed to be taken inside the Museum. I’ve chosen a few of the most famous pieces of artwork we saw today. 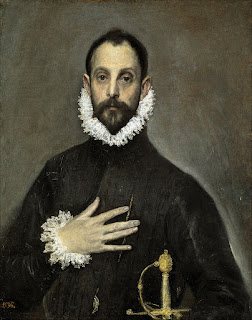 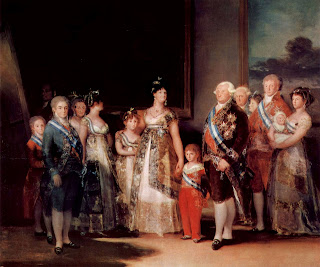 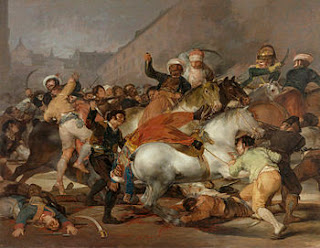 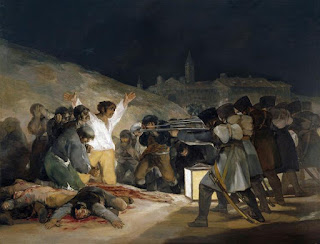 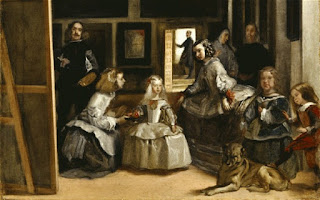 Las Meninas (The Maids of Honor) is Velázquez’s most famous painting. Painted at the end of the artist’s career, Las Meninas depicts the infant Margarita, daughter of King Philip IV, and heir to the Spanish throne, surrounded by her ladies-in-waiting. Las Meninas represents a more intimate moment in the Spanish royal family’s life as the painting gives the viewer a glimpse into Velázquez’s artistic process. Photo provided by Museo del Prado Museum 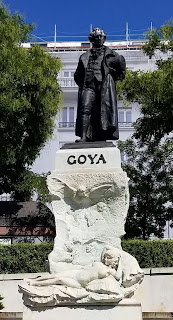 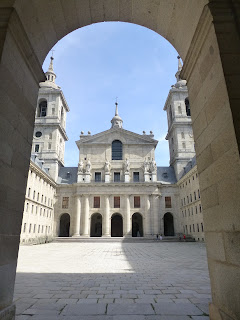 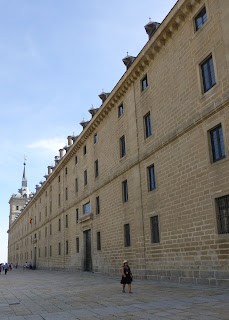 About an hour’s drive from Madrid is a massive complex; the Monastery of San Lorenzo de El Escorial sits on the edge of the small village of El Escorial, Spain. The building is both a monastery and a royal palace, and it dates back to 1563.

The Courtyard of the Kings
The Royal, The site of San Lorenzo de El Escorial, is a historical residence of the King of Spain. The El Escorial functions as a monastery, basilica, royal palace, library, Museum, and hospital. 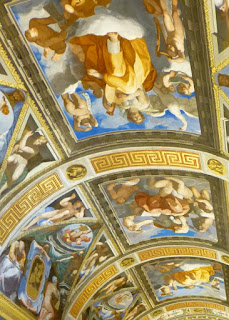 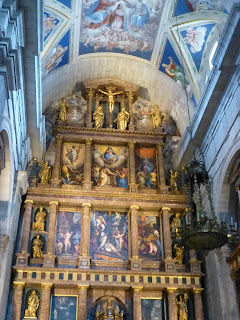 A host of renowned names, including El Greco, Tintoretto, Titian, and Velasquez, painted their masterpieces on the walls and ceilings. 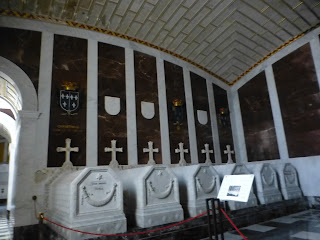 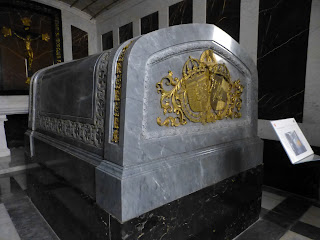 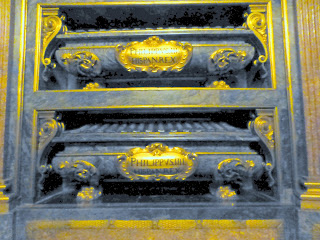 El Escorial is also known as the Crypt of Kings. Tombs of Carlos and Felipe in the Pantheon 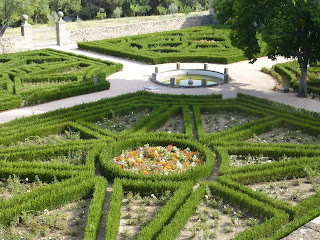 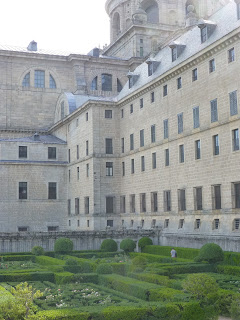 A portion of the formal gardens (Gardens of Friars) this area is adjacent to the monastery’s north facade.

We had a wonderful day in Madrid, and a half-day in El Escorial, the architectural Museum, art gallery, library, and crypts were terrific. 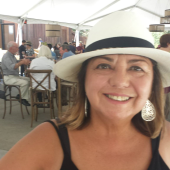 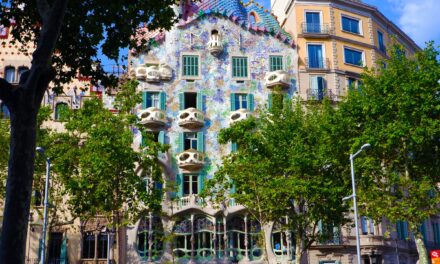 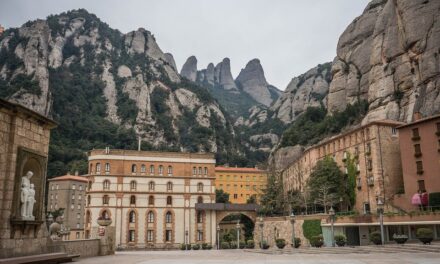 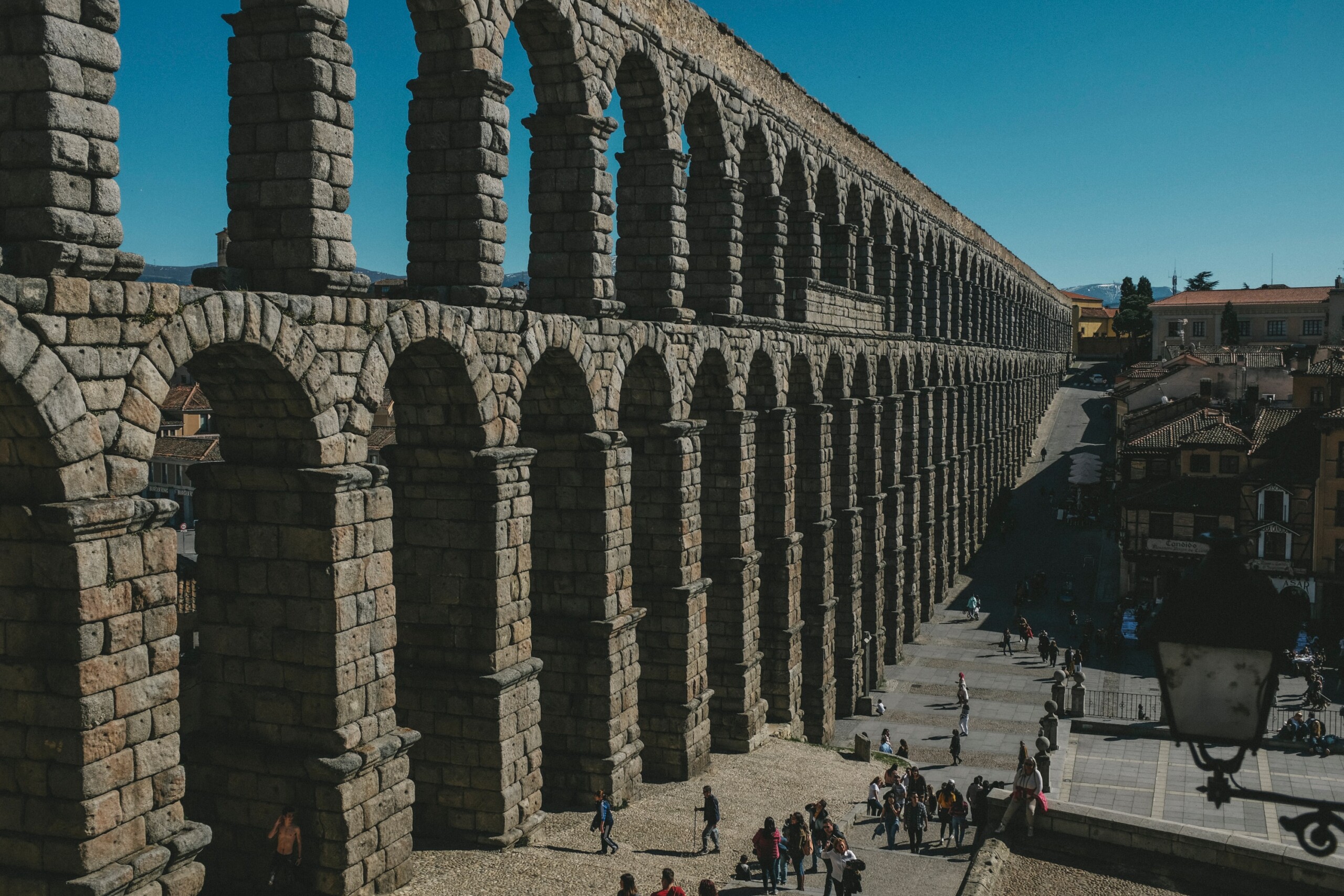 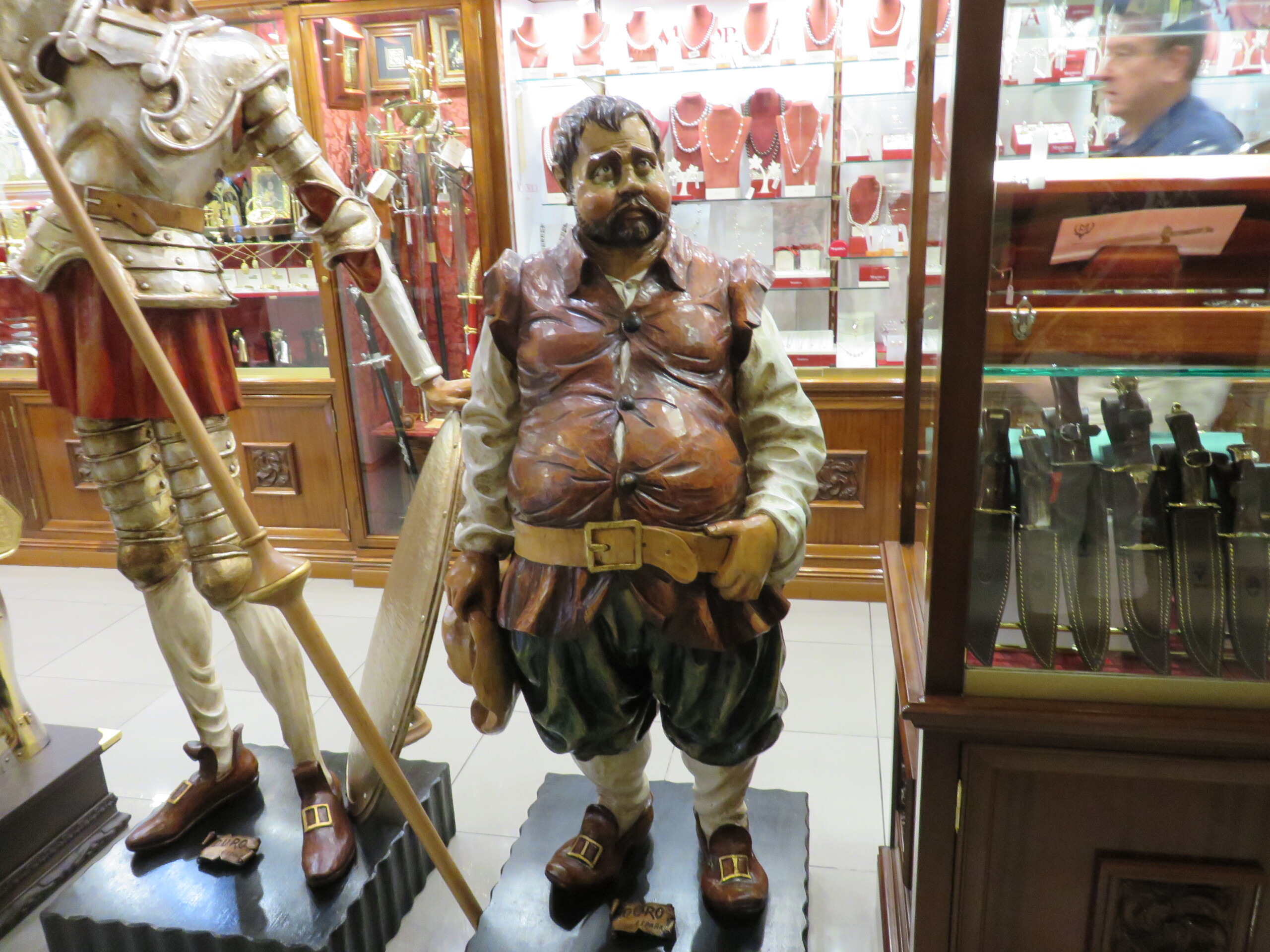